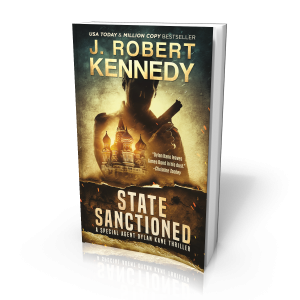 IN 1988, ROGUE ELEMENTS OF THE KGB AND CIA ATTEMPTED TO ASSASSINATE THE SOVIET LEADER.
THEY FAILED.
AND TODAY, THE FEW WHO KNOW THE TRUTH MUST BE SILENCED.

In 1988, young CIA Agent Leif Morrison stumbles upon an assassination plot while providing security for the Moscow Summit between President Ronald Reagan and Soviet leader Mikhail Gorbachev. Unsure of whom he can trust, he takes matters into his own hands and almost dies in the process.

But the plot is foiled, and history unfolds as it should.

Today, those few souls who know the truth of what happened in 1988 are targeted in what appear to be state sanctioned attacks, and unless they can be stopped, Morrison, now the CIA National Clandestine Service Chief, will die a horrible death to prevent a terrible secret from becoming public.

That members of the CIA and KGB cooperated to prolong the Cold War.

From award winning USA Today and million copy bestselling author J. Robert Kennedy comes another torn from the headlines action-packed page-turner, State Sanctioned. Once again, Kennedy twists current events like only he can, delivering a taut adventure certain to leave you reading late into the night.

Get your copy today, and discover the lengths some will go to cover up their past…