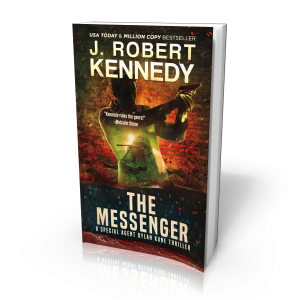 SOMETIMES IT’S ALL IN THE WAY THE MESSAGE IS DELIVERED.

When former Delta Force operator Sergeant Major Dax Laurier and his team are massacred in Afghanistan, drone footage shows an unknown person taking photos of the dead American soldiers immediately after the attack.

And the same strange action was observed only weeks before.

A string of ambushes in normally restful areas of the war-torn country are now under investigation, with Dax’s former comrades, including CIA Special Agent Dylan Kane and Delta’s Bravo Team, leading the charge.

What they find is shocking.

And a clear and unmistakable message must be sent.

Get your copy of The Messenger now, and revel as vengeance is delivered for an unprecedented attack on our troops…